Elsewhere in the papers was this set of letters to Jackson from his cousin. I don't know for certain that it is a complete record of this half of the exchange, but it covers nearly a year's worth of correspondence. As best as I can determine they chronicle, in part, a theological argument between the two over what I suspect was a religio-scholarly undertaking they and their compatriots had begun some years before. There isn't much in Jackson's records about the specifics. Other letters (to be scanned soon) may shed some more light. 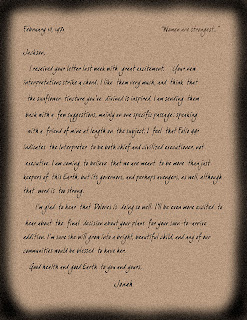 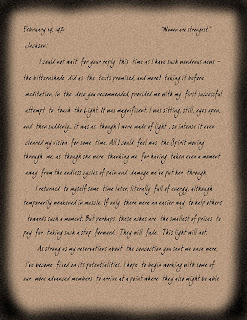 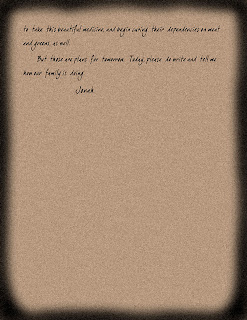 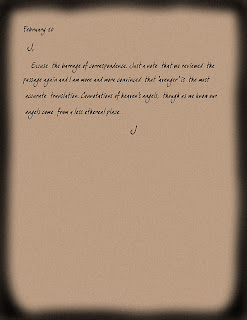 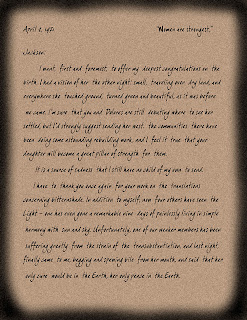 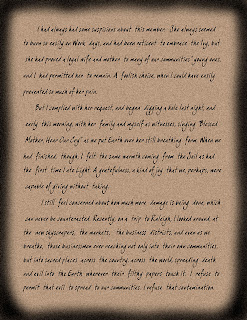 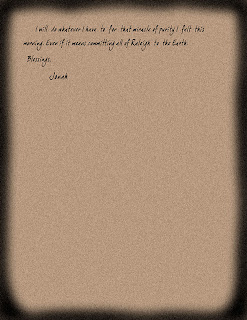 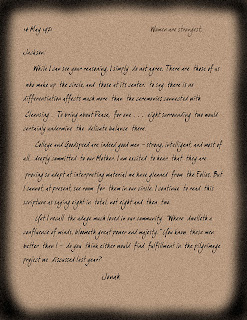 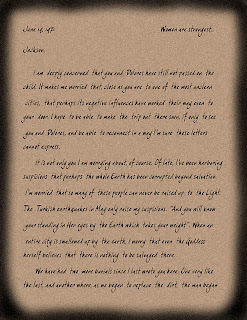 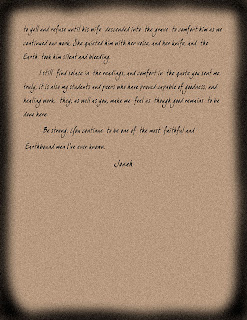 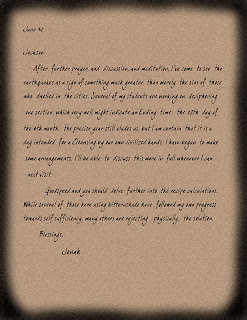 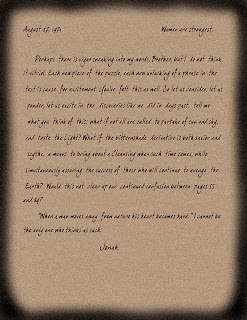 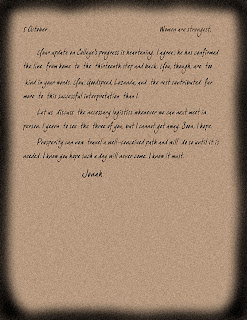 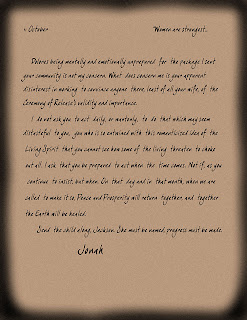 One odd note - a new daughter is repeatedly referenced in the letters, but family records only list Jackson and his wife as having a son born several years prior to these letters.
No comments:

I first encountered the name Jackson Halpren - who I would come to learn was a second cousin on my mother's side - when leafing through old books at the cabin in downstate New York where my family occasionally spent the summer. There, stuck at the very back of a fraying copy of a mid-century account of the lost Roanoke colony, was a short letter - apparently never sent - from Jackson to someone designated only as 'S'.

Another year past. I only hope I can see you once again, before too long.

That was not his wife's initial, so the identity of the intended recipient remains obscured for now.

I plan to post pictures or scans of the other documents I dig up in my research. This original note, the bit that started it all, is currently preserved under archival glass and there's no way to get a good picture.
No comments:

Home
Jackson Halpren was a businessman and agricultural scientist with a lifelong interest in what he called 'our human spirit'. Religious but never evangelical, he held fast to the belief that humankind were the caretakers of the planet, and matched this idea with both word and deed, strongly advocating for all things environmental throughout his life. He died in an unfortunate auto accident in 1975.
He was also a cousin of mine, a fact I only uncovered last year. Stumbling upon some of his writings spurred me to do some more digging into my family tree, and especially see what other artifacts from Jackson's interesting life turn up. Tucked away in a chest at my grandmother's, my own parents' attic, and elsewhere, I'm posting what I find and telling a story that's been forgotten by most, it appears.
I (Ed) can be reached at runway4949@gmail.com.